Maputo, Mozambique — ESI-AFRICA.COM — 06 October 2011 – Annual investment by mainly foreign companies in Mozambique’s mining and energy sectors now totals well over US$1 billion, as compared to just over US$20 million in 2001, says the national mines director, Eduardo Alexandre. This figure is set to rise sharply in the next few years.

Cited by Mozambican newspaper Notícias, Alexandre noted that the exponential rise in investments in the sector had been mainly due to the price of coal on the international market. In 2001 each tonne of coal cost US$80, while it now costs US$300.

According to projections over the next decade, Mozambique can produce around 100Mt of coal, to which Tete province is expected to contribute around 40Mt.

The Mozambican government has just authorised the Indian company Jindal Steel and Power to begin studies for the construction of a thermal power station to produce electricity from coal in the central province of Tete.

The power plant will have a capacity to produce 2,640 megawatts (MW) of electricity for the domestic and regional market, and will cost US$3 billion. It could be operational by 2015.

Two other companies are developing projects to construct thermal power stations in the Tete province of Mozambique. Brazilian mining giant Vele is considering construction of a power station near its massive Moatize coal project, while Australian-based Riversdale Mining is planning to build one at its coal mine in Benga. Each of these projects is looking at producing 2,000MW of electricity.

The contribution of these sectors to Mozambique’s Gross Domestic Product (GDP) is currently less than 3%, but given the currently untapped potential, not only of coal, the sector’s contribution could increase to more than 10% by 2020, according to Alexandre. 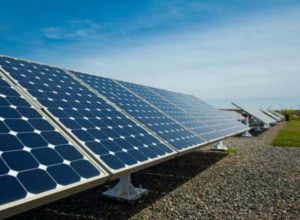