“The progress of renewables has been nothing short of remarkable,” United Nations environment program executive secretary Achim Steiner said in an interview. “You have record investment in the midst of an economic and financial crisis.”

The findings indicate the world is shifting toward consuming more renewable energy even without a global agreement on limiting greenhouse gases. Delegates from more than 190 nations have converged on Durban in South Africa from today to discuss new measures for limiting emissions damaging the climate.

The renewables boom, spurred by about US$66 billion of subsidies last year, intensified competition between wind- turbine and solar-panel manufacturers, gutting margins from the biggest producers led by Vestas Wind Systems and First Solar Incorporated. The 95-member WilderHill New Energy Index (NEX) of renewable energy stocks has tumbled 40% this year, steeper than the 14% drop in the MSCI World Index.

The zeal to replace fossil fuels, which take millions of years to form from dead organic matter, belies the failed efforts at the UN talks to broker a deal that would limit carbon dioxide emissions from coal and oil blamed for global warming. Without a deal, existing pollution caps under the 1997 Kyoto Protocol expire next year.

Debate in Durban will include how to establish a fund that would channel an unspecified portion of US$100 billion a year in climate aid pledged by rich nations to developing countries by 2020.

Monitoring and verifying emissions cuts made by all nations are also on the agenda, as well as making a mechanism for transferring CO2-reducing technology between states. Discussions on those issues may, however, be eclipsed by talks on the future of Kyoto. 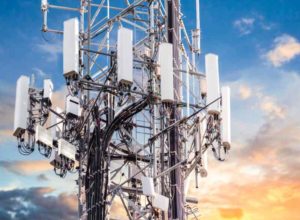