24 August 2012 – Oil, coal, gas, nuclear, biomass, and solar thermal power generation methods all use steam to create energy, but will the market for steam condensers be affected by the drive for renewable power generation asks GlobalData? The group studied the demand for these machines in the thermal power sectorand notes that this equipment finds use not only in power plants, but also in refineries, chemical processing plants and other industries.

Global electricity consumption has increased at a Compound Annual Growth Rate (CAGR) of 3.6% over the past 10 years, and is expected to continue growing due to increasing industrialisation, urbanisation, and growing population worldwide. Developed and developing countries are strengthening their electricity supplies to meet growing demand, and thermal power is expected to remain a dominant source of electricity generation for the foreseeable future, sustaining the steam condenser market.

However, substantial increases in carbon emissions and environmental concerns have led to an increased focus on the reduction of emissions from the electricity sector. Many countries across the world are decommissioning coal-fired power plants, and various European Union (EU) directives, such as the Large Combustion Plant Directive (LCPD) and the Emission Trading Scheme (ETS) have made it uneconomical to continue with the operation of aging coalfired power plants in EU countries. Many countries now stipulate that a fixed percentage of electricity be generated from clean energy sources such as natural gas, hydro, and other renewable sources. This change in energy generation methods may challenge the steam condenser market to evolve in the future.

Despite this, developments in generation technology may also lead to improvements for fossil fuel plants. Combined cycle gas turbines (CCGT) can potentially increase the capacity and efficiency of gas and steam turbine plants, while the development of clean coal technology (CCT) looks to help coalfired power plants meet regulated emission standards following further development. The use of CCGT and CCT has therefore become popular, as it offers environmental and economic benefits, and this is expected to generate demand for steam condensers over the forecast period.

Global thermal installed capacity stood at 3,578 GW in 2011, and is expected to reach 4,692 GW by 2020 due to growing demand for electricity from residential, commercial and industrial sectors. However, while thermal power sources accounted for 66.2% of total global installed capacity in 2011, this share is expected to gradually decline in the future, as renewable energy sources develop and take over more of the market. 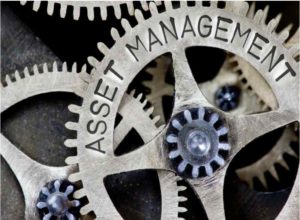 Maintenance offered to marine and power market regardless of the brand