South Africa’s Department of Energy has awarded Norwegian solar power producer Scatec Solar preferred bidder status for the development of three solar plants with a total capacity of 258MW under the fourth round of the Renewable Energy Independent Power Procurement Programme (REIPPP).

Scatec Solar CEO Raymond Carlsen said the three solar power plants will be built on adjacent sites and combined “will represent one of the largest solar parks ever realised”.

The solar plants will be situated in Upington, in the Northern Cape, and project financing is expected to reach financial close in Q3 or Q4 of 2015 with construction to start in Q1 2017 to synchronise with the schedule of required grid construction activities in the area.

Commenting on the solar project, Carlsen said: “We are very impressed by the great determination by the South African government to use large scale renewables to strengthen power supply in the country. With this award, the people of South Africa will access more clean, reliable and cost competitive electricity in many years to come.”

With a 42% share in the project, Scatec Solar will develop, operate and own all three solar power plants.

The Norwegian Investment Fund for Developing Countries (Norfund) will own 18% of the equity and the balance will be held by a Trust channeling dividends from the projects to economic development initiatives in the local communities, confirmed Scatec.

The news follows an announcement from Norfund made last week that it intends to triple its investments in renewable energy within Sub-Saharan Africa.

Norfund is involved in developing hydropower in the Sub-Saharan region together with Norwegian power firm Statkraft and the UK development fund CDC to invest in Globeleq Africa, which intends to install an additional 5,000MW into Sub-Saharan Africa’s energy pool.

The integrated independent power producer currently has 427MW in operation and under construction and will increase its asset base by 60% by adding the 258MW project. 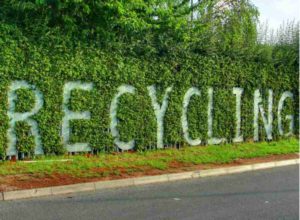