3 December 2007 – A meeting between the energy ministers of Burundi, Sudan, Uganda and Rwanda in Kigali over the weekend has led to an agreement, under the Nile Equatorial Lakes Subsidiary Action Programme (Nelsap), to speed up interconnection projects in the region.

Representative from Kenya, DRC, Egypt and Tanzania attended on behalf of their respective ministers.

A resolution to spend US$339 million on interconnections was made at the meeting, as well as a recommendation that a joint project management unit be set up to take responsibility for the projects.

"The region currently faces a generation capacity shortage but efforts are being put in place to boost power generation at national levels and to optimise and share the resources available in the region," it said in a statement released after the meeting.

The statement continued that there was a need to install transmission lines to improve interconnections and electricity transfers between member countries, as well as improve security of supply and access to cheaper electricity.

Included in the interconnection projects are: 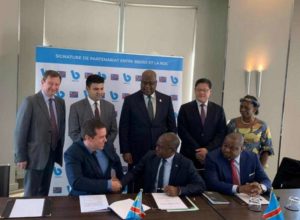