"Nowhere is the deficit more prevalent than in the power sector," she said, continuing that Africa, with a population of 600 million people over 47 countries, produces less electricity than Argentina (a country with 30 million people).

"Power production in Africa is so low that it is barely enough to power one light bulb per person for three hours each day," she said.

The critical role that power plays in economic development must not be underestimated and negative economic growth makes it more and more difficult for countries to raise funds for power project development.  A few countries – Cape Verde, Tanzania and Uganda – are addressing gaps in financing by investing pension fund money into local infrastructure developments.

High fees and taxes make additional resources hard find especially when coupled with a low short term rate of return. “Whether the measure is power tariffs, road freight tariffs, phone or internet charges, the costs in Africa are substantially higher than what we find elsewhere in the developing world,” Ezekwesili said.

A suggested solution would be regional initiatives for infrastructure projects with the cost being spread across various countries.  This offers a more attractive rate of return due to expanded markets across state borders. 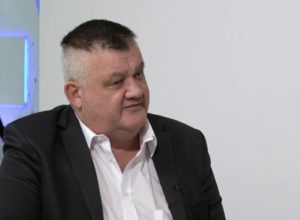 Ted Blom: “Changing the energy mix is a world-wide challenge”