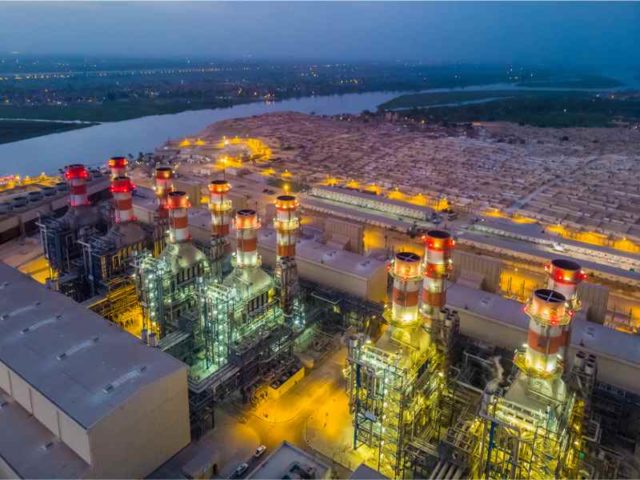 Africa holds enormous resources, which can supply the world with energy from diversified energy sources. With a population exceeding one billion people, and with an estimated combined economy of $1.5 trillion, huge opportunities lie in wait for investors, developers and operators across the renewable energy market.

However, investors are cognisant of the continent’s rich endowment of energy resources, where its coal (3.6%), natural gas (7.5%), and oil (7.6%) represent substantial global reserves. Its renewable energy resources are diverse, unevenly distributed and hold enormous potential. Solar is almost unlimited (10TW) and there are abundant hydro (350GW), wind (110GW) and geothermal (15GW) energy sources. In sub-Saharan Africa there are undiscovered, but technically recoverable, energy resources estimated at about 115.34 billion barrels of oil and 21.05 trillion cubic metres of gas. With such vast resources open to development, Elsewedy Electric has taken stock of sector reforms and government programmes that are set to facilitate investment in African countries. Here follows a snapshot of 13 countries to put on your watch list.

The Angolan government’s proposals to facilitate $18 billion of investment in renewable energy by 2025 are an ambitious vision to address the impact from the rebalancing of the global oil market on the country. A programme of hydroelectric generation projects supported by interconnectors for the country’s existing distribution networks are intended to enhance capacity over the coming years.

Legislative changes introduced in 2016 have opened the country’s energy market to independent power producers. However, the development of renewable energy projects backed by private investors in a country historically dependent on state production remains challenging for the recently formed Botswana Energy Regulatory Authority.

The continued expansion of the country’s hydroelectric programme has not been without controversy – raising concerns within Ethiopia’s agricultural sector and the Egyptian hydroelectric industry as to the potential impact of the Grand Renaissance Dam. However, further expansion of the sector along with increased investment in wind and geothermal production technologies is seen as crucial to support the government’s National Electrification Programme that aims to attain universal access to electricity through a combination of on- and off-grid systems.

Despite established renewable energy production facilities and a widespread distribution network providing 82.5% of the population with access to electricity, Ghana’s power demands continue to outstrip supply. To help meet the growing requirement, proposals to develop a number of wind and solar farms are being progressed with a 225MW wind farm under development and a 100MW solar project proposed for the Upper West Region of the country.

The reduction of connection charges and end-user tariffs for both domestic and commercial/industrial consumers is anticipated to alleviate the country’s current low levels of electrification and improve access to existing geothermal, hydro and solar projects through a combination of mini-grid and off-grid solutions. The government aims to generate an additional new capacity of 2,700MW by 2020 and reach universal access by the same year. The Kenyan government has also announced plans to implement an energy auction system for renewable energy projects, which will replace the current feed-in-tariff. It is expected that a competitive auction system will offer lower tariffs to consumers.

Formation of the Mauritius Renewable Energy Agency in 2016 has provided a focus point to further development of renewable energy sources in support of the country’s stable, investor-friendly economy. Increased solar and wind programmes are anticipated to supplement Mauritius’s existing bagasse and hydroelectric production schemes.

Morocco is highly dependent on imported hydrocarbon energy to generate electricity with approximately 96% of its energy needs being sourced externally. To meet increasing electricity demand, Morocco implemented a new energy strategy in 2009, aiming to secure its supply, to ensure power was priced competitively and to protect the environment by using local energy resources, including renewables. Morocco has committed to increasing the share of renewables in its energy mix to 42% by 2020, rising to 52% by 2030.

The country’s objective of enabling access to electricity for 50% of the population by 2023 and universal electricity access by 2030 is coupled with its strategic policy of developing the renewable energy sector. The government commissioned the Renewable Energy of Mozambique Atlas, which includes a portfolio of potential development sites, tariff regimes, tax benefits and regulatory measures currently under development to provide a legal and economic framework to attract investment.

The execution by the Nigerian government of Power Purchase Agreements with a total value of $1.76 billion will facilitate an additional 1,125MW of solar power generation capacity. The programme gives a clear indication of government’s intention to tap into renewable energy potential in order to achieve its objective of generating 20% of national electricity supplied from renewable sources by 2030.

Economic growth in Senegal has recently accelerated, reaching about 6.5% in the past two years, making Senegal one of the best performing economies in sub-Saharan Africa. Government policy has set the objective of achieving a non-biomass commercial energy independence rate of at least 15% by 2025, due to the contribution of renewable energies and biofuels.

Although providing a regulatory and economic framework, which is attractive to private investment, South Africa’s electricity market remains highly concentrated with the state-owned Eskom responsible for the generation and transmission of 95% of the country’s electricity consumption. Recent attempts to implement the government’s Renewable Energy Independent Power Producer Procurement Programme have brought Eskom’s role in the market under increased political and judicial focus, the full consequences of which are yet to be determined. At the time of going to print, the country’s revised draft IRP is undergoing scrutiny through public commentary and proposals presented to the parliamentary portfolio committee on energy.

The government has commissioned a ‘cost of service’ survey into electricity tariffs in Zambia (expected to be published soon), with a view to the review of tariffs for electricity consumers. The outcome of the survey and the implementation of the findings will be important for the electricity market in Zambia.

In recognition of the ever-changing nature of the market, Elsewedy Electric has relentlessly re-engineered its capabilities to sustain its quality offerings and solutions.

Guided by its mission to provide affordable, clean and safe integrated energy solutions locally and internationally, the challenge is to invest in the future while delivering results from sound investments to ensure growth.

Supporting local and foreign markets, these efforts have grown the firm to become a leading EPC and turnkey contractor. Acknowledging that the success of surrounding communities is integral to the firm’s success, sustainable development and balanced growth that correspond with the environment and society as a whole form the core of its mission.

Renewable energy projects are a great way for governments to boost employment. Typical large-scale projects can create between 600 and 800 jobs during the construction phase. It’s rare to see labour for these projects imported.

It takes about 18 months to complete a renewable project, but the first power can often be generated after only nine months. This provides governments with relatively quick benefits – jobs are created within weeks and the country has more energy capacity in less than a year.

In a life-changing decision, Elsewedy Electric, in collaboration with Siemens AG, was awarded the EPC contract for the world’s largest combined cycle power plant in Beni Suef, Egypt (pictured on page 38). Built on an accelerated schedule of only 34 months from start to completion, the project undertook 64 subcontractors, 7,000 working hands and 32 million working hours.

Elsewedy Electric’s Turnkey Solutions segment delivers electricity generating assets and transmission and distribution (T&D) networks on an EPC basis. The group focuses on the power sector with strong capabilities that extend to large and complex infrastructure, industrial and commercial projects with an emphasis on turnkey contracting. Elsewedy Electric is a leading engineering, procurement and construction contractor active across the MENA and sub-Saharan Africa regions. www.elsewedyelectric.com 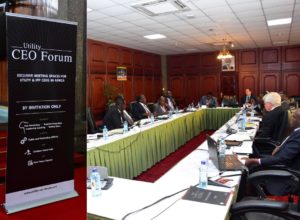