This achievement was commended by investment bank, Fieldstone, who acted as financial advisor to the IPP. According to Fieldstone, much of the resulting financial structure can be used as a template for further investment in the power sector in Nigeria.

A group of 20 international finance institutions and equity funders are estimated to commit $900 million, the investment bank said in a company statement.

According to the investment bank: “the debt facilities were divided across a commercial tranche of $234 million [ZAR4 billion] (backed by a mixture of MIGA PRI and IBRD PRG products), a $267 million [ZAR4 billion] DFI tranche, a Naira 24bn [$120 million/ZAR2 billion] local bank tranche with a natural hedge and a $65 million [ZAR1 billion] mezzanine facility from the DFIs.”

The IPP is owned by Amaya Capital, the project’s founder and lead sponsor and American Capital Energy & Infrastructure (ACEI).

Acting as financial advisor to Amaya Capital on its equity fundraising process, which birthed ACEI, Fieldstone noted in a statement: “this transaction included a commitment from ACEI to invest up to US$130 million in Azura Power Holdings Ltd., the company responsible for developing the Azura-Edo IPP and focussed on becoming the leading power development company in West Africa.”

Alan Muir the Managing Director in charge of the transaction said: “We are delighted to have advised on the Azura-Edo IPP and to have helped secure the debt and equity funding for the project.

“This project is a trailblazer that will light the path for other projects in Nigeria. Amaya Capital, the Federal Government of Nigeria, and all the other parties involved are to be congratulated for their vision and determination to create a world class project that has attracted finance from around the world.” 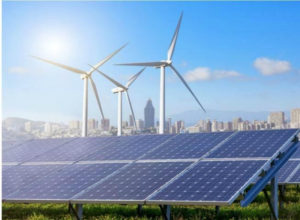