6 September 2013 – US president Barack Obama’s US$7 billion American backed Power Africa initiative received a major shot in the arm with the completion of full financing for the US$300 million Ughelli power plant in Delta State, Nigeria by Transcorp. Transcorp is the publicly quoted conglomerate managed by Tony Elumelu’s Heirs Holdings, the pan-African proprietary investment company which is Transcorp’s largest shareholder.

In July 2013 Heirs Holdings committed US$2.5 billion toward the Power Africa Initiative, a multi-stakeholder partnership between the US government and seven sub-Saharan African countries, including Nigeria. Earlier in 2013 Transcorp signed a cooperation agreement with General Electric (GE) for the development of the power sector in Nigeria.

Transcorp Ughelli Power Limited (TUPL) announced in August a US$225 million payment to Nigeria’s Bureau of Public Enterprise (BPE) representing the 75% balance of the US$300 million bid price for the 1,000 MW plant. TUPL made an initial deposit of US$75 million in February 2013.

TUPL, which has American company Symbion Power as an equity investor in the project, plans to increase the power generation of the plant from 300 MW to over 1,070 MW over the next five years.

United Bank for Africa (UBA) and the Africa Finance Corporation (AFC) as co-arrangers, and First City Monument Bank (FCMB) and Fidelity Bank as co-financiers provided the debt financing facility for the acquisition of the plant, which is one of the six power generation companies unbundled as part of the privatisation of the Power Holding Company of Nigeria (PHCN). 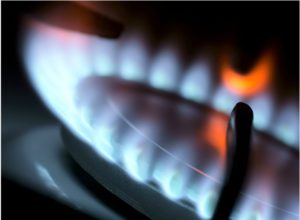