The winners of the annual Prepayment Innovation Awards for 2007 are Conlog in the technology category and Electrogaz of Rwanda in the project category.

The Awards, which were announced yesterday at the African Utility Week networking reception by Metering International editor Jonathan Spencer Jones, recognize innovation excellence in new prepayment technologies and project deployments and are judged by a panel of industry experts.

In the technology category, the winning project was Conlog’s POWERcard, which is a scratchcard-based prepayment vending product. Based on similar products in the prepayt cellular telephony sector, the card contains a voucher number, which is submitted by the consumer via a message, e.g. SMS, to the vending center and a 20-digit numerical token is returned, which is then entered into the meter. The aim of the POWERcard is to reduce the high infrastructure costs of prepayment vending and to make it cheaper and more convenient for both the consumer and the utility.

To date the POWERcard has been deployed in several municipalities in South Africa as well as in six other countries in Africa and Asia.

In the project category, the winning project was Electrogaz’s development of its prepayment system over the past two years.

The first prepayment meters were installed in 1995, at a time when Rwanda was emerging from a period of considerable turmoil, and the deployment has been expanded throughout the country subsequently, with a major drive both to significantly upgrade as well as largely complete it over the past two years. Notable points include the deployment of new technologies, the development of an extensive vending structure, and a comprehensive public education and marketing campaign. The project is managed by Electrogaz’s commercial director, Muyange Yves, who has been involved with the deployment almost from its start.

“The high quality of this year’s entries is indicative of the high level of excellence in the industry,” said Spencer Jones. 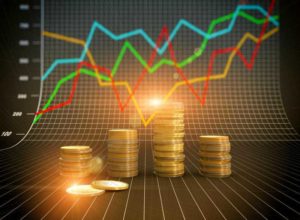