The project development agreement was approved by the Exxaro board and remains subject only to the conclusion of a coal supply and off-take term sheet by the second quarter of 2013. The environmental impact assessment process and associated studies are underway and due for completion during 2013. The bankable feasibility study is conditional on the establishment of an appropriate enabling environment in which such a development can proceed.

Thabametsi is a prospective greenfields mine adjacent to Grootegeluk mine in the Waterberg. The development of the project will coincide with the 600 MW coal-fired base load independent power producer power station. The mining right application is in process and the first coal production is expected by 2016/17, although it is dependent on the 600 MW Waterberg independent power producer and water supply development schedules.

Meanwhile, Exxaro signed a term sheet with Linc Energy for the development of underground coal gasification projects in sub-Saharan Africa in October 2012. This is in line with Exxaro’s interest in exploring opportunities in energy markets with a focus on cleaner energy initiatives.

Cennergi, Exxaro’s 50/50 joint venture with Tata Power was granted preferred bidder status on two of its projects submitted in Window 2 under South Africa’s Independent Power Producer Procurement Programme. The joint venture will continue to focus on obtaining financial closure on the Amakhala and Tsitsikamma wind projects by the first half of 2013 as well as the process of submitting additional renewable energy projects in Window 3 of the Department of Energy’s Renewable Energy Independent Power Producer Programme in the third quarter of 2013. 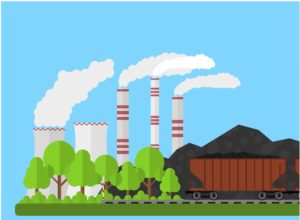