Dar es Salaam, Tanzania — ESI-AFRICA.COM — 16 January 2012 – The investment profile of the East Africa common market is coming under sharp focus for substantial increases in electricity tariffs that threaten to escalate the cost of doing business in the region.

Policy changes in Tanzania and Uganda have seen the cost of power climb by 40.29 and 42% respectively starting this week.

Electricity prices in Kenya are also anticipated to rise by an average 26% should the Energy Regulatory Commission (ERC) grant sole distributor Kenya Power the authority to increase tariffs.

The expected surge in electricity charges could further stoke inflation, raising the cost of doing business in the region when investors are scouring the ground for opportunities in the expanded common market. “This will be a disadvantage for the common market because energy is a key part of investment,” said East African Community (EAC) Affairs PS David Nalo.

The tariff increase took effect yesterday, but the Energy and Water Regulatory Authority said it would review power prices again after six months.

In Uganda last week, the government also abolished electricity subsidies paid to power generators to cushion consumers, a move that will see tariffs rise by an average of 42%. The new tariffs started yesterday.

Energy minister Irene Muloni said that the money freed would be used to expand generation capacity in the country.

“The money freed from the subsidies will be used to finance the implementation of the other critical government programmes “’ for example construction of the 600MW Karuma hydropower project,” Muloni added.

In Kenya, the implementation of the tariffs approved by ERC could come soon when a grace period to cushion consumers from high cost of living comes to an end. The new rates were expected to come into effect in July 2011 but were temporarily shelved amid sharp rises in inflation. 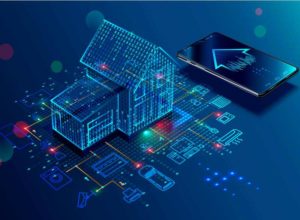