South Africa’s government and state utility Eskom have both warned that intermittent power outages are likely to continue for three years as the utility battles to maintain aged infrastructure and complete two new power stations, which are running well behind schedule, reports The Sunday Times over the weekend.

This does not bode well for the manufacturing and mining sectors that make up the bulk of South Africa’s energy intensive users.

In January this year, it was reported that the unexpected plunge in manufacturing production and a sharper-than-expected fall in mining output confirmed that the spurt in economic growth since the end of last year will be brief.

The slump in these two sectors, which together account for about a fifth of GDP, also reflects the harm that power cuts inflict on South Africa’s sluggish economy, adding to concern that it will fail to gather much momentum over the next two years.

Coenraad Bezuidenhout, executive director of the Manufacturing Circle, said that manufacturing output was hit mainly by electricity blackouts during the month, which have prompted many companies to limit or reschedule production.

Bezuidenhout said: “There have been problems at the municipal level — some municipalities have found that they are not able to honour commitments on electricity supply, undermining investment in planned projects.”

Another survey from the Manufacturing Circle showed that 81% of companies questioned expect fragile or weak to stable conditions over the next two years, compared with just 39% a year earlier.

ESI Africa: SA manufacturing firm loses US$171,720 due to blackouts

Stanlib economist Kevin Lings pointed out that manufacturing production declined by 0.1% over the whole of last year — despite the rand losing 30% against the dollar over the past three years.

“Clearly, rand weakness does not automatically translate into increased manufacturing production, especially when the sector is plagued by regular bouts of labour unrest and periodic electricity outages,” Lings said.

The rand plunged to successive 13-year lows against the dollar this week, hitting a trough of $12.38 on Wednesday last week.

In other Southern African manufacturing news, president of the Confederation of Zimbabwe Industries Charles Msipa told The Standard in Harare last week that the manufacturing sector hoped that a cocktail of measures to be spearheaded by the Ministry of Industry and Commerce would pull the sector out of the doldrums.

The measures include a revision of water and electricity charges, review of levies and taxes charged by municipalities and a review of the Labour Act to allow companies to retrench.

Mr Msipa said: “We are putting faith and stand ready to work with policy makers to see the implementation of those measures.”

“Growth has slowed, and we expect it to weaken further in 2015. Despite the favourable impact of reduced oil prices, the external position remains precarious, and the country is in debt distress,” an IMF representative said. 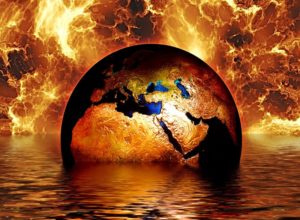