Johannesburg, South Africa — ESI-AFRICA.COM — 14 January 2011 – In the event of the electricity outages envisaged by national power utility Eskom being implemented, the country could be facing loss of production and further retrenchments.

Making this point in a report here today, Business Report warns that although sacrifices made by the industry to scale down production by 10% could give Eskom a reprieve, there is uncertainty about job stability in the industry, which employs some 500 000 people.

The report adds that the impact on mining houses is likely to vary according to the extraction methods. Gold producers use intensive deep level mining methods, which are high in electricity usage, while coal producers use open cast mining, which uses the least electricity.

Coal of Africa CEO John Wallington said that the company did not have contingency plans should Eskom fail to put in place a safety net to deal with the energy gap. He added that job losses were inevitable if power issues were not resolved. “When the economy is reduced, jobs are lost. I hope a quick solution can be found,” he said.

Xstrata corporate affairs manager Songezo Zibi said the company would play it by ear.
“If the grid is under pressure, we reduce our production.” He said the company was operating under the assumption that the impact would be manageable. “However, if it’s more severe there is a greater possibility of job losses then,” he added.

Anglo American spokesman Pranill Ramchander said production at its platinum and coal operations had been negatively affected during the load shedding in 2008.

He added that Anglo had introduced energy efficiency measures throughout its operations and was working closely with the government and the industry on further investigating energy-efficient strategies.

De Beers spokesman Tom Tweedy said it was difficult to predict how its diamond mining operations would be affected. “It is very difficult to estimate what the impact of outages will be on our production because we haven’t been notified on the details of how long this could go on and which parts of the country it will hit hard, so we don’t know how expensive this can be to us.” Tweedy said the company would manage its operations better with forewarning.

Labour unions are up in arms over the issue, with Solidarity warning of the dire consequences of blackouts, according to Business Report.

“If the power grid is under pressure, mines will be forced to shut down as a measure of cutting production. This could have an impact on job losses and on retrenchments, depending on the pressure on the grid,” said Solidarity health and safety researcher Leigh McMaster.

National Union of Mineworkers general secretary Frans Baleni said any power outages that might result from a shortage of generating capacity would be “catastrophic”.

“If you are going to have blackouts, production will be negatively affected. The first thing that mining companies can do after that is to reduce overheads by cutting labour,” Baleni added.

Eskom CEO Brian Dames warned last week that the power utility would struggle to keep the lights on this year and next year. He warned of an energy gap in 2012 equal to about 1 000MW of base-load capacity, and called for a range of cross-cutting interventions, including the acceleration of the procurement process for renewable energy. 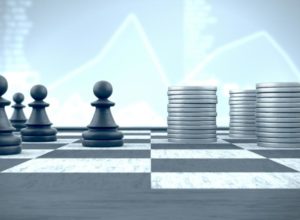