“There’s a power crisis that exists and that crisis is characterised by insufficient generation capacity,” Anton Eberhard of the University of Cape Town (UCT) told AFP on the sidelines of a power conference here.

“We have 68 gigawatts “’ that’s across the whole of sub-Saharan Africa “’ and that’s the same as one country: Spain,” he said. “A lot of the capacity that is there is badly maintained, so up to a quarter is not available. It’s also high cost and there is very low access,” he pointed out.

The power sector on the continent, where two out of three people live without electricity, is "a hybrid" of state and private companies.

“Increasingly we see the introduction of private sector participation in the form of IPPs (independent power producers),” Eberhard told delegates at Africa Power Colloquium. “But in most cases the incumbent state-owned utility is still a dominant market position, and in many cases these utilities are building new capacity alongside IPPs.”

Reforms to tackle the crisis had seen the entry of private producers on the continent and state-owned utilities moving to unbundle services, introducing more cost-effective tariffs, and raising bonds to fund projects. “Challenges were pushing the state utilities to perform better, accelerating private investment and strengthening the performance of electricity regulators,” Eberhard said. 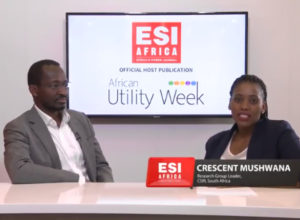 South Africa: Bio-energy has a place in the energy mix