Arusha, Tanzania — ESI-AFRICA.COM — 01 July 2011 – East African energy ministers may decide by October on a proposal to build a natural gas pipeline from Tanzania to Kenya in order to assist in meeting the rising energy needs of the region.

Danish engineering consultants Cowi A/S have published a study for the East Africa Community (EAC) outlining four economically viable overland routes for the pipeline, ranging in cost between US$515 and US$630 million.

“The petroleum council of ministers is supposed to meet next in October, and they will likely then pick the best option,” Peter Kinuthia, a senior energy officer at the East African Community, said by phone from here.

The five-nation EAC “’ comprising Kenya, Tanzania, Uganda, Rwanda and Burundi “’ is a common market of 126 million people with a combined gross domestic product of US$73 billion.

All four routes proposed in the report envisioned the pipeline running about 500km from Tanzania’s commercial hub of Dar es Salaam through the northern town of Tanga and ending at Kenya’s port city of Mombasa. “It could be operational by 2015, and an offshore alternative would be too expensive,” the study said.

The region’s governments are seeking to improve energy infrastructure and ensure reliable electricity supplies to cater for economic expansion and population growth.

There are two gas deposits in commercial production in Tanzania. Songo Songo holds 1.5 trillion cubic feet of gas, while Mnazi Bay, near the border with Mozambique, has 2 trillion cubic feet, according to the state-run Tanzania Petroleum Development Corporation.

Recent discoveries of natural gas off the coast of Tanzania have taken the country’s total reserves to 7.5 trillion cubic feet, enough to allow exports, according to the EAC. 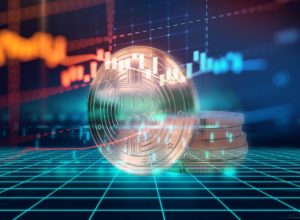