24 April 2012 – In 2007 the Portuguese state which owned 82% of the 2,000 MW Cahora Bassa scheme signed most of it over to Mozambique and kept only a 15% stake in Hidroelectrica de Cahora Bassa, the company that operates the Cahora Bassa dam on the Zambezi River. Now half of this remaining 15% is being bought by Mozambique for US$42 million, with the remaining 7.5% to be transferred in two years via a share swap.

Portuguese electricity company Redes Energeticas Nacionais, which owns the final 7.5%, is to relinquish the shares in the next two years, swapping them for shares in a separate company set up to build a backbone transmission line from Tete province to Maputo. Construction on the line is set to begin next year but the Mozambique government faces criticism over a lack of transparency around the deal.

The new line, known as the Cesul (centre-south) project, but usually referred to as the backbone of the Mozambican electricity grid, is necessary because the existing line, from Cahora Bassa to the Apollo substation in South Africa, cannot carry any more power.

More power stations are planned for Tete. These include a second power station at Cahora Bassa on the north bank of the Zambezi, a new dam at Mepanda Nkua 60 kilometres downstream from Cahora Bassa, and coal-fired power stations that will use the lower-grade coal that mining companies do not export.

This power can only reach its intended markets, in central and southern Mozambique, and in South Africa, if new transmission lines are built. South Africa takes up about 65% of Cahora Bassa’s output. The estimated cost of Cesul is about US$1.8 billion. 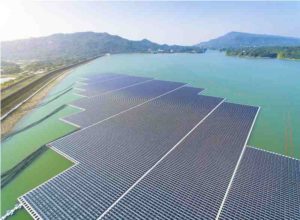