A recent study by the Exeter University could mean cheaper  solar power for households.

By using Perovskite, a mineral component, to manufacture solar panels, electricity could be generated 40% cheaper and 50% more efficient than the existing panels circulating the market today, reuters reported.

These panels are unique in that they have the ability to absorb the sun and function in various conditions, instead of the commercialised products which operate in direct sunlight only.

An author of the study, Senthilarasu Sundaram, told the Thomson Reuters Foundation that this discovery could be the ‘holy grail’ for countries in India and Africa who are faced with harsh climatic conditions and irregular power supply. 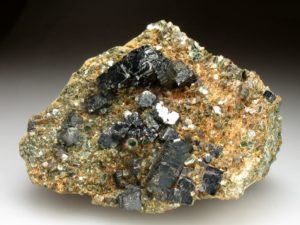 ‘In those countries these types of material will be like a holy grail: they can both shade windows … and at the same time produce electricity. This type of material for solar cells works in diffused conditions much, much better than the other types of solar cells’ […] ‘It won’t be 100%, but it will be much more than what we have now’, Sundaram added.

Scientists have tested the product across various regions although large scale use of the product is still being researched before released to the general market.