21 July 2008 – The International Monetary Fund (IMF) has described the situation in the power sectors of Nigeria and other sub-Saharan African countries as highly disappointing.

Saying that traditional, vertically integrated, state owned monopolist utilities have yielded poor results, the IMF continued that the generation capacity of the 48 sub-Saharan countries was 63GW – the same as Spain’s.

“If South Africa is excluded, sub-Saharan African generation capacity falls to 28GW, about the same as Argentina’s," said the IMF.

The IMF says that Africa faces major infrastructure challenge, most notably in the power sector, where the challenges are “most severe”. Deficient power infrastructure dampens economic growth and weakens competiveness.

"In most Sub-Saharan African countries, infrastructure accounts for 60% of the adverse impact on firm productivity, well ahead of factors like red tape and corruption," said the IMF.

According to the IMF, improving the quality and quantity of power infrastructure to that of ‘better performers’ such as Mauritius, would result in long term capital growth rates of two percent higher than currently.

"With economic growth in the past decade raising demand for electricity, the lack-luster expansion of generation and transmission facilities has stripped away any cushion from excess capacity that may have existed previously,’ it said, commenting on the vulnerability of the power industry to supply stocks.

Sub-Saharan Africa is richly endowed with renewable and more traditional energy resources. "At present, for instance, it exploits only 8 % of its gross hydropower potential of 3.3 million gigawatt hours (gwt) annually," it said.

However, in east and western Africa, approximately one third of the capacity was diesel based generation. "These countries have few domestic energy resources of their own, even though there are sufficient hydro and gas resources in neighbouring countries to support much lower-cost forms of generations," it said.

The IMF believes that many of Africa’s current power shortages were largely foreseeable, but that no action was taken to avert them. This is partly due to lack of ministerial capacity for long term power sector planning.

"Where certain precondition are in place-including appropriate regulatory frame works for public- private partnerships, reform tariff frameworks, and sufficient security of investment for investors sector reforms can do much to facilitate the entry of strategic private partners," it said.

Of particular strategic importance is meeting generation capacity deficits head-on. "The best way to scale up generation at the lowest unit cost is to develop a new generation of large scale generation projects," the release said.

"Since universal household electrification is still decades away in many countries, it is equally important that sector-wide programme approaches ensure that the benefits of electrification touch the poorest household, particularly deep in the rural areas.

"It is, therefore, critical that longer term efforts to redress the underlying structural causes of sub- Saharan Africa’s current power supply crisis be complemented by short-term measures to soften the economic and social impact of power scarcity," said the IMF. 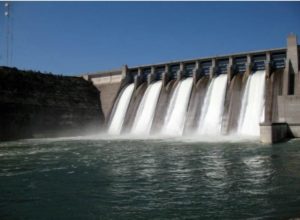