On Monday, the US Government’s development finance institution, the Overseas Private Investment Corporation (OPIC), announced that it had successfully deployed the initial financing and insurance pledge of $1.5 billion to support US President Barack Obama’s Power Africa initiative.

The investment corporation said in a statement that Power Africa is an initiative which aims to connect over 600 million sub-Saharan Africans to an electrical source and through OPIC secured an initial pledge of $1.5 billion in financing and insurance to private sector energy developers.

The US finance institution reached this milestone in September 2015, confirming several new projects while supporting a diverse portfolio of private sector-led development that will create an estimated 1,500MWs of on-grid and off-grid power across sub-Saharan region.

OPIC’s President and CEO, Elizabeth Littlefield said: “I am so pleased that OPIC has been able to so quickly and efficiently respond to President Obama’s ambitious Power Africa goals and to the energy needs of people throughout sub-Saharan Africa.

“Since Power Africa was announced, OPIC’s catalytic debt finance and political risk insurance has resulted in Agency commitments totaling nearly 1,500 new MWs of electricity using an all-of-the above approach to generation and access.

She added: “This is a major achievement not only for OPIC and Power Africa, but for the millions of Africans benefitting from this initiative. They will now be able to access advantages in education, healthcare, business growth and quality of life that come with increased energy access. In the years ahead, we look forward to further increasing our relationships with U.S. businesses investing in Africa’s promising energy future.”

In addition, OPIC will support the deployment of energy to tens of thousands of people living away from large power infrastructures with financing to off-grid home solar kits from Nova-Lumos in Nigeria.

To top OPIC’s current portfolio in sub-Saharan Africa, which totals over $1.6 billion in commitments for financing, insurance, and support for development costs, they plan to  pledge for another $1 billion of financing and insurance in support of Power Africa. 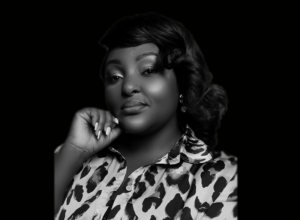