Vienna, Austria — ESI-AFRICA.COM — 09 June 2011 – The latest round of OPEC talks have broken down in acrimony without any agreement reached to raise international oil output, after Saudi Arabia had failed to convince the oil cartel to lift production.

“We were unable to reach an agreement “’ this is one of the worst meetings we have ever had,” said Ali al-Naimi, the oil minister for Saudi Arabia, OPEC’s biggest producer.

Reuters reports that the failure to do a deal is a blow for consumer countries hoping the Organisation of Petroleum Exporting Countries would take action to stem fuel inflation.

“We have noted with disappointment that OPEC members were unable to agree on the need to make more oil available to the market,” said the West’s energy advisor, the International Energy Agency. The United States had put pressure on Saudi to deliver a credible deal to cap crude prices and underpin faltering economic growth.

But they were left isolated by a majority of seven “’ Libya, Algeria, Angola, Ecuador, Venezuela, Iraq and Iran “’ who wanted to keep production unchanged. Nigeria’s position was not known.
Iran said the view of the majority was that supplies were adequate for the time being and that it had proposed delaying a decision on more oil by two or three months.

“Iran believes there is no shortage of supply,” acting oil minister Mohammad Aliabadi told Reuters. “There is no request that we cannot meet, therefore there was no need to raise output, and that was the opinion of many other OPEC members.” 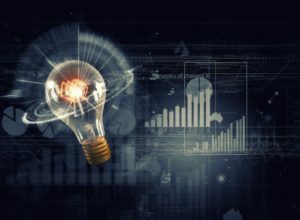