London, England — ESI-AFRICA.COM — 03 October 2011 – Oil capped its largest quarterly drop since the 2008 financial crisis by tumbling to a one-year low as signs of slowing growth in China, the United States and Germany heightened concern that fuel demand will weaken.

Futures dropped 3.6% after China’s purchasing managers’ index fell for a third month, while German retail sales declined in August and U.S. consumer spending slowed. Prices tumbled 17% from the end of June, the biggest quarterly decline since the 56% plunge during the last three months of 2008.

“The Chinese PMI and the German retail sales numbers are what started the ball rolling down, and then personal income pushed it further,” said Gene McGillian, an analyst and broker at Tradition Energy in Stamford, Connecticut. “We’ve had some pretty disappointing economic data.”

A gauge of manufacturing in China, the world’s fastest- growing oil consumer, shrank for a third month, the longest contraction since 2009. The reading of 49.9 for the September purchasing managers’ index, released by HSBC Holdings plc and Markit Economics, was unchanged from August, and compared with a preliminary 49.4 figure published last week.

China is the world’s second-biggest oil user, trailing only the U.S.

Consumer spending in the U.S. slowed in August as incomes unexpectedly dropped for the first time in almost two years, Commerce Department figures showed in Washington. Purchases rose 0.2% after a 0.7% increase the prior month.

“There is a risk of slowdown in Chinese demand,” said Eugen Weinberg, head of commodities research at Commerzbank AG in Frankfurt, who forecasts Brent prices at $100 in the next quarter. “The risks to the forecast in the fourth quarter and for 2012 as a whole are to the downside.”

German retail sales, adjusted for inflation and seasonal swings, slumped 2.9% from July, when they rose 0.3%, the Federal Statistics Office in Wiesbaden said. Economists had forecast a 0.5% decline, according to the median of 18 estimates in a Bloomberg survey.

Oil may fall this week on concern that Europe’s economy is showing signs of a slowdown as governments struggle to contain their fiscal crisis and avert a Greek default, according to a Bloomberg News survey. Thirteen of 28 analysts, or 46%, forecast that oil would decline through October 7, while eight respondents, or 29%, predicted that prices would increase. 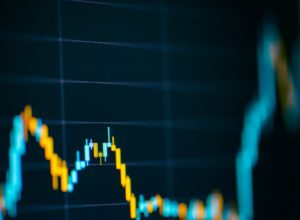