11 February 2013 – The global offshore wind power market, fuelled by the depletion of fossil fuel reserves, the declining cost of wind power generation and impressive investment from the UK, is expected to explode over the next decade, states research and consulting firm GlobalData. It forecasts the global offshore wind power market to increase from a 2012 cumulative installed capacity of 5.1 to a 54.9 GW by the end of the decade, growing at a compound annual growth rate (CAGR) of 34.5%.

The UK is a major player in the offshore wind power market thanks to its substantial financial commitment and ideal location, contributing more than half of the global installed capacity in 2012, with 2.7 GW. Jonathan Lane, GlobalData’s head of consulting for power and utilities, says, “While risks for offshore developers remain, in particular the potential rationing of Contracts for Difference (CFD) under the levy control framework, the still nascent transmission regime and the competition from nuclear power, the UK government is firmly supporting offshore wind via the Energy Bill.”

Offshore wind is expected to make a large impact upon the UK’s 2020 renewable energy targets and a major expansion is planned. Correspondingly, GlobalData expects the country’s offshore wind power installed capacity to hit 21 GW by the end of 2020, increasing almost 800% from 2012.

According to the firm’s latest report, the offshore wind power industries of several other countries are also expected to undergo massive expansion over the next decade. Germany, in particular, has plans to grow its offshore wind sector substantially in the future. It has announced a target of 25 GW installed capacity by 2030 and 95 GW by 2050.

Between the 2012 and 2020, however, GlobalData forecasts the Germany’s offshore wind power installed capacity to climb from a modest 220 MW to 8.0 GW. 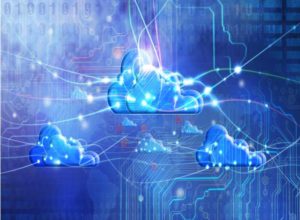