Portland, United States   — ESI-AFRICA.COM — 21 June 2011 – The prevailing theme at the offshore renewable energy conference “Energy Ocean International 2011” in the US state of Maine was that while ocean energy held many promising possibilities, cost was still a main concern among industry experts.

In order to achieve success, Hart believes that small developments in the industry will transition to larger international utilities, which will then attract long-term investors

The key to this process is educating financiers to make them realise that technology is more developed than they currently believe. He explained that the industry was working tirelessly to reduce financial risk, and that companies needed to, “get their technology out there.”

Offshore wind was a big topic at this year’s conference and the University of Maine’s DeepCwind project, funded by the DOE, was highlighted immediately after Hart’s address.

Maine set a goal to have 5GW of floating offshore wind by 2030. Researchers on the project have compiled over nine years of data and determined that far offshore wind creates 33% more energy than near-shore or hilltop wind and therefore the cost of this energy was 33% less.

The UMaine team has been testing different base designs in its testing labs and plans to test its deepwater prototype from July to October 2012.

Though research and testing takes years, each presenter at the conference agreed with Hart: “We’re not trying to put out the first system, we’re trying to put the best system in the water globally.” 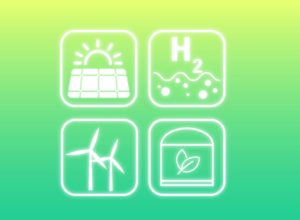