Johannesburg, South Africa — ESI-AFRICA.COM — 05 August 2011 – South Africa’s National Union of Mineworkers (NUM) says its wage talks with state-owned national power utility Eskom Holdings have collapsed and it will ask its members for a mandate to strike.

“A strike is no longer an option, it’s a reality,” NUM chief negotiator at Eskom, Paris Mashego told Reuters.

Solidarity, the National Union of Mineworkers and National Union of Metalworkers reduced their demands for wage increases from 20% to 13%, according to Solidarity chief negotiator Tommie Wedderspoon. “However, Eskom has not revised its offer of 7% and it looks like the parties will be heading to arbitration,” he said.

The two sides haven’t set a date for the resumption of talks, Eskom spokeswoman Hilary Joffe, said by mobile phone. She added that the workers would face disciplinary action if they went on strike, as the supply of electricity is protected as an essential service to keep the economy going.

Any significant pay rises would affect the utility’s already strained balance sheet as it struggles to pay for new power plants to meet fast rising demand for electricity. 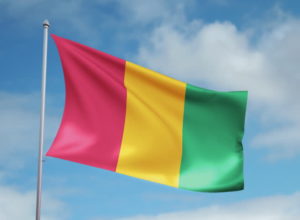