In South Africa, nuclear physicist Senti Thobejane, who acted as the primary nuclear advisor to Energy Minister Tina Joemat-Pettersson and President Jacob Zuma, has been relieved of his position with immediate effect.

According to Business Day Live, no details have been disclosed pertaining to Thobejane’s departure.

Thobejane played an active role in the country’s new nuclear build programme including pertinent discussions with vendor countries. In addition, he was intrinsically involved in the Cabinet’s energy security sub-committee.

In addition to the dismissal of Thobejane, there are cracks in the communication that is being disseminated in the public domain.

Business Day live reported that six weeks ago, Joemat-Pettersson denied that the government said that 9.6GW of nuclear power would be built. She stated that the figures were a “a thumb-suck”.

This contradicts a statement made by the DoE in April, following the conclusion of the pre-procurement preparatory phase for South Africa’s nuclear new build programme:

“The National Development Plan enjoins us to do thorough investigations on various aspects of the nuclear power generation programme before a procurement decision is taken. These policy prescripts are meant to add 9,600 megawatts of electricity to the national electricity grid and ensure that we keep the lights on in a sustainable manner.”

On Monday, in response to questions submitted by Democratic Alliance MP David Maynier, on the nuclear build programme, Finance Minister Nhlanhla Nene said that the financial costs and economic effects were still being assessed.

Nene said: “This work is currently not finalised yet as there is an interactive process under way with the Department of Energy on the scale of the programme and possible financing scenarios that have a bearing on the modelling work and its results.

“The recommendations from this work are expected to be submitted to the Cabinet as soon as the work is completed.” 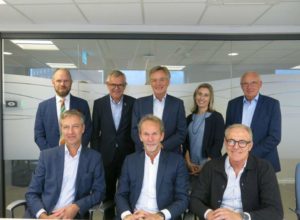 Partnership commits to an impact fund for renewables in Africa