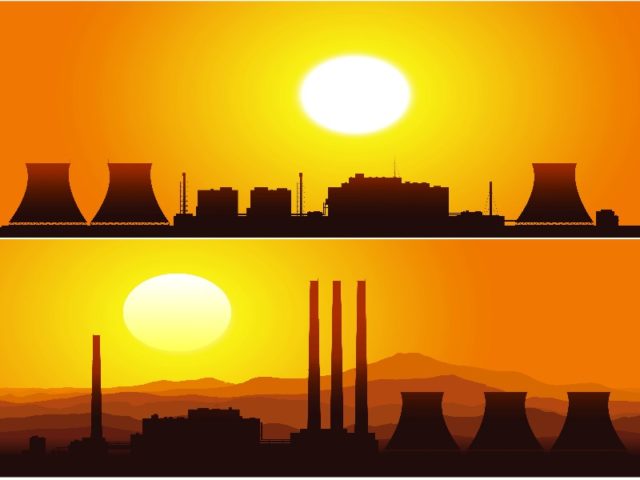 This article first appeared in ESI-Africa Edition 5, 2018. You can read the magazine's articles here or subscribe here to receive a print copy.

The technical and economic arguments in favour of nuclear power are frequently presented to the public, but the moral arguments seldom are. The path of technical progress would be smooth if we simply had to answer this question: “Which technology will bring the most benefit and the least cost to man and the environment?”

South Africa’s hopes of a prosperous economy depend on greatly increased electricity supply in the near future. The only way to reduce our catastrophic unemployment and raise living standards for all is through manufacturing, industrialisation and beneficiating our mineral treasures. This needs a lot of electricity. Our present slight surplus, caused by a faltering economy, will not last long. Many of our coal stations are old and will have to shut down in due course. We need more reliable, sustainable and affordable power stations. Nuclear power is our best option.

Nuclear has the best safety record of any energy source, and so arguments against it now are usually on costs. Actually around the world nuclear is always an economical, and often the cheapest, source of electricity. Wind and solar, excellent for off-grid applications, are hopeless for grid-tied electricity, upon which modern economies depend. All around the world, despite claims that solar and wind are becoming cheaper, the actual price of electricity is rising as more solar and wind are put onto the grid.

Our renewable energy programme has seen state-owned utility Eskom forced to buy the most expensive electricity in South African history. Eskom, notably, passes these costs on to the consumer. In the past financial year Eskom has paid 222c/kWh for renewable energy, as it reported in July 2018. This is even a significant increase from the 188c/kWh that Eskom paid for the supposedly cheap ‘renewables’ in the previous financial year. By contrast, Koeberg Nuclear Station provides Eskom with some of its cheapest electricity ever.  In July 2016, former Eskom CEO Brian Molefe stated that nuclear was South Africa’s cheapest electricity and renewables the most expensive.

I attended a conference in Vienna on the costing of the constructing of nuclear plants. It was held by the International Atomic Energy Agency and drew speakers from around the world, who told of their experience of nuclear construction, good and bad. The bad ones were particularly instructive. Speakers came from South Korea, China, France, US, Russia, Finland, Poland, Turkey, and more.

Nuclear fuel costs are very low but capital costs are high. The most important variable in nuclear economics is the cost of capital. Interest during construction (IDC), before the plant starts producing revenue, is of vital importance. Any delays are harmful to nuclear costs.

Famous delays and over-runs in nuclear construction are much used by nuclear opponents but in fact half of the six hundred nuclear units built since 1981 were built in 55 months or fewer, as indicated by the World Nuclear Association. Recent delays in some new constructions have been caused because the reactors are ‘first of a kind’ (FOAK).

These excellent new designs use passive safety to make them even safer than existing ones, and are simpler and more efficient. But the first ones built, such as the Russian VVER1200 and the American AP1000, took longer to commission. The Sanmen 1 FOAK, which is based on the AP1000, was started in April 2009 and only connected to the grid in July 2018. The timing for new nuclear plants in South Africa could not be better.

The first VVER1200 is now running at 100% power and with complete success. It is the Novovoronezh nuclear power plant in Voronezh Oblast in central Russia. The Novovoronezh facility has been the first to launch and operate each generation of Water-Water Energetic Reactor (VVER) technology, thus building up considerable experience with the technology. The first AP1000 in China, Unit 1 of the Sanmen nuclear power plant, has now been connected to the grid, becoming the world’s first AP1000 to achieve grid connection and power generation.

The VVER1200 and AP1000 will be amongst reactors to be considered for South Africa’s choice, without the problems of FOAK.

Vendor countries with continuous experience in nuclear construction, such as South Korea, China, and Russia, are able to build on time and on budget, with capital costs between $2,360 and $3,540 per kilowatt, which is low. France used to be able to do the same – and built Koeberg with complete success – but had not built nuclear plants since 1999. Hence, her problems experienced with the new EPR reactor (FOAK) in Finland. The US is having the same challenges for the same reason. The Olkiluoto Nuclear Power Plant in Finland has run behind schedule because builders were not used to working to the exacting standards required on nuclear construction sites, since so few new reactors had been built in Europe in recent years.

The delays have been due to various problems with planning, supervision, and workmanship. The first problems that surfaced were irregularities in the foundation concrete, which caused a delay of months. Later, it was found that subcontractors had provided heavy forgings that were not up to project standards and which had to be re-cast. There were also contractual disputes over payment terms. The plant is now scheduled to go into service in late 2019.

Speaker after speaker at the conference emphasised the enormous importance in planning and preparing for a nuclear plant long before construction begins. It is cheap to make changes during planning; it is very expensive to make them during construction. The reactor design must be complete in its essential components and layout. The nuclear regulator must be completely satisfied in every detail. The vendor, owner, component suppliers, construction contractors, future operators, and government must all understand each other perfectly beforehand, and all know exactly what is required of them.

The public must be well educated about the nuclear plant and free to question anything about it. The greens, who are richly funded and professional experts at obstruction, will do everything to delay or stop construction. The nuclear lobby, dismal at public relations in the past, must be ready to counter them by speaking the truth to the public.

In the United Arab Emirates, South Korea is building their 5,600MW capacity Barakah Nuclear Energy Plant in the Dhafrah region of the Arabian Desert near Abu Dhabi. The plant consists of four Korean APR1400 nuclear reactors (which are a possible choice for South Africa) at low cost. They are being built on budget and on time. The first plant is complete and was officially opened on 26 March 2018.

Construction continues on the other three APR-1400 units at the site. According to the Emirates Nuclear Energy Corporation (ENEC), Unit 2 was more than 92% complete at the end of March. Unit 3 was about 81% complete, and Unit 4 was about 67% complete. Construction of all four units is expected to be complete by 2020.

The time is right for new nuclear power in South Africa. We have already proven ourselves with Koeberg, which works in harmony with nature and which has been delivering clean, safe, cheap reliable electricity for 34 years. But we must study, very carefully, the successes and failures of recent nuclear construction around the world before we begin.

South African experts have put in a massive amount of study into the new nuclear for over a decade. We are ready to build right now. ESI

This article first appeared in ESI-Africa Edition 5, 2018. You can read the magazine's articles here or subscribe here to receive a print copy.

GBCSA seeks change leader with a passion for the “Green Agenda”