Nigeria is in talks with Russian nuclear company Rosatom for the development of four nuclear reactor power plants in the West African country at an estimated cost of $20 billion.

Franklin Erepamo Osaisai, chairman and CEO of the Nigeria Atomic Energy Commission, confirmed that “a joint coordination committee is in place and negotiations are ongoing for financing and contracting”, at a conference held in Kenya on Monday.

Osaisai said that each unit is estimated to cost $5 billion with the first plant to come online in 2025.

Rosatom will have a majority equity stake in the nuclear facility and the rest will be owned by the state with the government entering a power-purchasing agreement for the nuclear plant, according to Osaisai.

The Russian company will finance the project as well as be responsible for the construction and operation, which will then be handed over to the state.

In 2012, Nigerian energy officials and Rosatom signed a cooperation agreement for the construction, design and decommissioning of a nuclear facility where an additional three plants have been added incorporated increasing the total generation capacity to 4,800MW by 2035, Bloomberg reported.

South Africa has also signed an agreement with Rosatom to help boost the current electricity supply. The nation has a goal of generating an additional 9,600MW of nuclear power with intentions of spending around $83 billion.

Bloomberg reported that South Africa’s agreement with Rosatom gives the company the right to veto the nation doing business with any other nuclear vendor, Johannesburg-based Mail & Guardian reported in February. 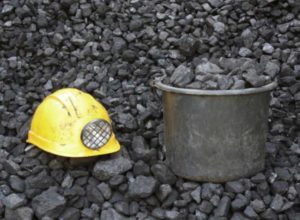