27 May 2013 – A predicted increase in nuclear power generation will drive up demand for uranium, states an energy report from research and consulting firm GlobalData. According to the report, global uranium demand will climb from 105,531 tonnes in 2012 to 145,680 tonnes in 2020, representing an increase of 38% over the eight years.

The worldwide demand for nuclear fuel marginally decreased at a negative average annual growth rate of 0.9% between 2006 and 2012, but a number of reactors expected to come online by 2020 will see the need for uranium jump significantly.

Asia-Pacific is thought to demonstrate the greatest uranium demand growth during this period, due largely to the number of new nuclear reactors expected across China and India. Forecasts of uranium demand for the region will hit 46,010 tonnes in 2020, more than doubling from 2012’s 20,939 tonnes.

Uranium demand in Europe is also expected to expand significantly between 2012 and 2020, following an overall decrease between 2006 and 2012. North America, however, is predicted to buck this global trend with uranium demand steadily falling by the end of the decade.

The prediction is that US demand will in fact climb modestly from 25,488 to 26,771 tonnes between 2012 and 2020, whereas in Canada – the world’s second largest producer of uranium – demand will drop by about 4,000 tonnes over the forecast period. 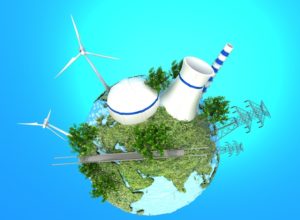