4 September 2008 – Market misconception and regulatory gaps are preventing sub-Saharan Africa from benefiting from investment in the region through a UN run clean energy offset scheme, the World Bank has reported.

The clean development mechanism (CDM), last year worth US413 billion, allows investment in clean energy projects by companies and governments by rich nations, into projects in developing countries.  The investors receive ‘offsets’ which can be sold for profit or used to meet emissions targets.

"A common assumption … is that (Sub-Saharan Africa’s) weak CDM portfolio simply reflects its poverty — that is, its countries have few industries, little emissions, and thus limited emission-reduction opportunities," the World Bank said in a report, entitled "Unveiling the Potential, Addressing the Barriers."

However, there are some 2 750 projects in sub-Saharan Africa that could be registered for CDM, with a capital cost of US$158 billion.

The projects identified could reduce greenhouse gas emissions by an equivalent of 9.8 billion tons of carbon dioxide – the equivalent of almost twice the emissions of the European Union.

With an offset price of $10 per tonne, the combined revenue projections for the projects would be some US98 billion in revenue – excluding the revenue from the electricity produced.

The projects could generate 170Gw of clean energy – four time the region’s current production from conventional means, the report said.

However, many of the projects are speculative, as they are based on methodologies not yet approved by CDM executives.

The report also speculates that investors wanting to get involved in the region are approaching the wrong people, and only targeting this involved in the environmental community.  The report suggests developers should target decision makers in related industries and engineering firms, who could help with the implementation of the technologies.

Africa only has some 1.4% of the registered CDM projects.  China and India are home to more than two thirds of the projects. 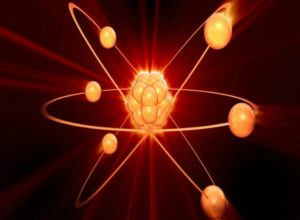