With an estimated 700 million people living without access to power in Africa, the GAP project was designed to offer long term credit facilities to private renewable energy projects in Africa in efforts to reduce the growing number of countries with low electrification rates.

According to Borge Brende, Norwegian Minister of Foreign Affairs, ‘the continent is in urgent need of investmen 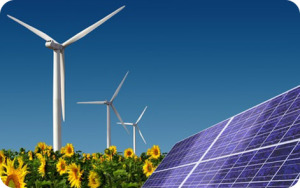 Additional funding will be provided by the UK Department for International Development (DIFD) and the Department of Energy and Climate Change (DECC) increasing total funding to US$189 million in all. Funds will be dispersed in the first quarter of 2015, renews reported.

‘Renewable energy investment can make a substantial difference to the economic development of Africa, so it is fantastic news that the Norwegian government has decided to back GAP’s cause’, Nicoli said.