Electricity demand in North Africa is escalating as a result of economic development and rising living standards, as well as sustained population growth. Supply of electricity, however, is plunging. Hot summers are driving the extensive use of air conditioning, which has led to sharp surges in peak electricity demand. The challenge of operating with grossly inadequate power supply infrastructure is compounded by political instability, which has stalled progress on many power generation capacity expansion projects, especially in Egypt, Tunisia, and Libya.

In this environment, the implementation of structural reforms, such as the establishment of independent electricity regulatory bodies and the revision of fossil fuel/electricity tariffs subsidies, is expected to be a priority. Further development of the sector will depend on the success of the political and economic transition process that is occurring in each country. Foreign investors have adopted a wait-and-watch approach in countries where violence rose unexpectedly.

Analysis from Frost & Sullivan, Power Infrastructure Tracker in Northern Africa, finds that the total power installed capacity in the region amounted to 61,623.3 MW in 2012 and estimates this to reach at least 120,000 MW in 2020 (if the political situation stabilises in countries like Egypt and Libya). The renewable energy installed capacity amounted to 5,929.1 MW by the end 2012; approximately 9.6% of the total installed power generation capacity. This covers Morocco, Algeria, Tunisia, Libya and Egypt.

In addition to the security issue, the power sector also has to deal with restricted financing, unfair subsidies for conventional (fossil fuel) energy, and inadequacies in regulatory frameworks (non-cost-reflective electricity tariffs).

“Each of the five northern African countries has outlined a strong pipeline of power generation capacity expansion projects, including ambitious renewable energy projects,” Frost & Sullivan industry analyst for energy and environment Celine Paton says. “However, the pace of implementation of these projects will depend on the ability of each government to stabilise security and implement the required political and economic structural reforms.”

With the exception of Morocco, a resource-strained country that uses mainly coal, all northern African countries strongly depend on natural gas for electricity generation. Despite a sturdy impetus from each government within the region to develop renewable energy power projects, it is expected that natural gas will remain the primary feedstock for electricity generation until at least 2020. 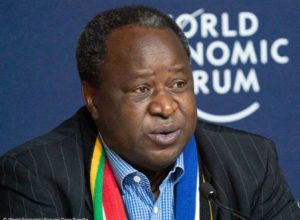