Cape Town, South Africa — ESI-AFRICA.COM — 10 October 2011 – The South African Department of Energy has confirmed that reports of a tender process being underway for the construction of six new nuclear power plants in the country “are factually incorrect.”

“At no point has the government committed to build six new nuclear reactors,” the department said in an e-mailed statement. “The government hasn’t selected any design, vendor nor suppliers of the nuclear power plants. No decision has been made on the actual number.’’

South Africa plans to diversify energy sources away from coal, which makes up more than 90% of its generation capacity of about 40,000 megawatts (MW). It also aims to prevent a repeat of power outages in 2008 that temporarily shut most of the nation’s mines and smelters, its biggest source of foreign exchange.

Energy minister Dipuo Peters has proposed a strategy for the roll-out of new nuclear power plants to the cabinet, the ministry said. The government approved plans to boost its nuclear energy capacity by 9.6 electrical gigawatts, it said.

Safety concerns following the meltdown of nuclear reactors in Fukushima, Japan, prompted Peters to postpone the opening of the bids until next year, she announced on 15 September.

The report, which cited unidentified people in government and industry, is “full of statements that are not true and factually incorrect,” the Department of Energy added in its statement.

The country has one nuclear power plant, the 1,800MW Koeberg plant near Cape Town, built by Areva and operated by the South African power utility Eskom Holdings SOC Limited. The nation also has an atomic research station, Pelindaba, near Pretoria, and is a former nuclear power that destroyed its weapons toward the end of the apartheid era in 1994.

Given the “complexity and magnitude” of the project, the government will be careful to follow proper procedures during the tendering and building process to “instill confidence in and protect the credibility of the process”, the Energy Ministry said. “Attempts by interested parties to compromise these processes will not be taken lightly,” it added.

“Areva is hoping to be part of the nuclear bid programme in South Africa,” an external company spokesman said in an e-mailed response to questions. 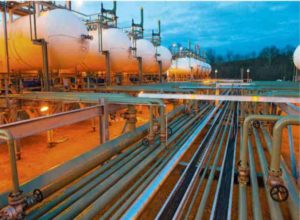