Johannesburg, South Africa — ESI-AFRICA.COM — 13 October 2011 – South African national power utility Eskom Holdings is giving no specifics at this stage regarding the possible delay in commissioning of the first generating set at the Medupi power station in the Waterberg

The possible delay – this time because of delays in the construction of the boiler by contractors Hitachi “’ was revealed by Eskom CEO Brian Dames in a briefing to Parliament’s committee on public enterprises on Tuesday. He told the committee that “with a year to go we are concerned that the performance of some contractors could put the schedule at risk,” pointing to Hitachi.

Meanwhile Eskom spokesperson Hilary Joffe has confirmed that the latest start-up target may not be met because of the problems with Hitachi. She told Miningmx the utility was now taking ‘a conservative view’ on when the first generating set might be commissioned.

Asked what a delay at Medupi would do to Eskom’s ‘keep the lights on’ campaign, Joffe said: “We are resolved to keep the lights on and are putting plans in place to ensure we can, in partnership with stakeholders.”

She added, however, that Eskom was also revising its projections of the energy gap to take into account that economic growth, and hence electricity demand growth, would be lower than earlier expected.

“We are also assessing what the knock-on effect might be on the construction programme for the rest of Medupi. We will disclose a more detailed update when we release our interim results next month.”

Assuming there is a delay, then the economy stands directly in the firing line because the introduction of new generating capacity at Medupi is on the critical path to meet forecasts for rising demand for power. 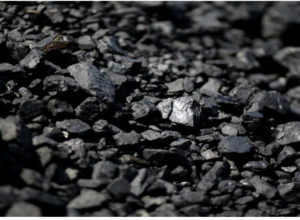