The Renewable Energy Independent Power Provider Programme (REIPPP) kick-started a revolution in the solar photovoltaic (PV) industry in South Africa and many of its mechanisms , aimed at driving rapid expansion, have created the opportunity to grow the market yet further into sub-Saharan Africa.

Ghana, Senegal, Zimbabwe, Namibia and more countries are all on the lips of manufacturers and suppliers in the solar PV industry and the discussion in solar PV circles has changed significantly from pre-2011 when it was about small-scale, rural electrification projects in Africa to become grid-feeding independent power production today.

One of the results of the rapid expansion of the industry due to the REIPPP has been the reliance on widespread employment as suppliers work in conjunction with South African national, regional and local governmental organisations and bodies. Employment in remote locations has been extensively boosted thanks to localisation demands put in place by government at the outset of the programme and the continual rise of these localisation efforts.

Labour in South Africa, as is the case elsewhere in the world, features its own idiosyncrasies. In any unique situation there is an implicit lack of process or model that necessitates a non-standard approach. One of the reasons behind this is that REIPPP implementation projects occur in diverse and disparate communities all around the country. People in each different region are fundamentally different from one another. Local politicians, too, have unique requirements based on the needs of their communities.

In working on several of these projects to date we as Schletter South Africa have learned extensively how to engage with these individual and unique communities. We are not a human resources (HR) organisation nor do we claim to be HR experts but we have learned to deal with individuals and groups of people who work on these projects at the remote locations where we implement them. These lessons we have learned do not form the basis of a labour model but are rather guidelines that lead to successful implementations in which everybody wins: local labour, local communities, us, the implementers, the consortiums with which we work, government and the people of South Africa who rely on electricity daily.

My top nine lessons are:

Many local companies struggle to effectively engage local labour even though they have long been exposed to the habits of the local market. International companies have a potentially tougher time when they attempt to implement their processes from abroad. It is essential, therefore, that international companies entering the local market to engage around the REIPPP recognise that they will experience a degree of discomfort as they engage local labour. Local partners form an integral component in leading them through the process so that successful implementations continue for all concerned parties.

At the core of the top nine lessons we have learned are the three Ps: patience, persistence and politeness. International companies operating in South Africa for the REIPPP have to be aware of the labour volatility in South Africa and learn to work with the issues that present themselves in order to facilitate successful projects. Ongoing management through conversation and engagement is a really powerful enabler for businesses as they capitalise on the opportunities presented by the effective rollout of the REIPPP. 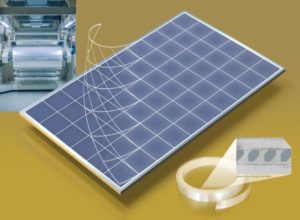