21 September 2012 – The Nigerian Electricity Regulatory Commission (NERC) says that for over a month the country has experienced a daily generation of power within the range of 4,100 to 4,200 MW, which is a record for the country.

Director general of NERC, Sam Amadi, says that the power sector attained a maximum peak generation of 4,321 MW on the 31st of August, a big improvement from recent times when power generation was as low as 1,000 MW.

He attributes this improvement to seasonal water inflow into water reservoirs during the rainy season of June, July and August, which resulted in increase in hydro-generation. In addition, collaboration with Nigeria’s gas suppliers has resulted in a significant increase in gas supply to newer power plants.

Amadi says that the next step is sustaining this improvement beyond these few months, and that depends on the continuation and logical conclusion of the on-going market restructuring being overseen by the NERC and the privatisation of the sector being implemented by the Bureau of Public Enterprise.

He also says that Nigerians might experience a slight drop in power generation during low water level periods of the year. “However, unlike in the past, this decrease will have no real effect on supply, because there has been a significant increase in thermal (gas-fired) generation capacity, which will compensate for the losses expected in hydro-generation.” 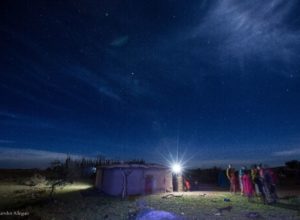