The World Bank has announced its approval to support the development of the 459MW gas-fired Azura Independent Power Project (IPP) to be located in the remote area of Benin City in Edo state, Nigeria.

Local media, This Day Live, reported that the bank confirmed the development on Friday last week in a company statement. The Bank stated that its Multilateral Investment Guarantee Agency (MIGA), a political risk insurance and credit enhancement arm of the World Bank Group, has approved its support towards the development of Azura-Edo IPP. The project has now attained its financial close.

In addition, MIGA will also be covering commercial lending by Siemens Bank, KfW IPEX, Rand Merchant Bank (RMB), and Standard Bank – with Standard Chartered Bank acting as agent on behalf of the lenders.

The statement further explained that equally the hedging instruments by Standard Chartered and RMB will also be covered by the MIGA’s guarantees for the project, which consists of the construction, operation, and maintenance of a 459MW gas-fired, open-cycle power plant.

Another construction of a short underground gas pipeline division connecting the power plant to the country’s main gas trunk line operated by the Nigeria Gas Company (NGC), is also included in development of the Azura-Edo IPP project.

Commenting on the project, the World Bank’s representative said that upon completion the power generated will not only be delivered power to Nigeria, but also to the broader West African Power Pool (WAPP).

“The power project, which has reached financial close, is expected to bring reliable and affordable energy to the nation’s grid. Nearly 12 million residential consumers will be served by the project,” said the World Bank. 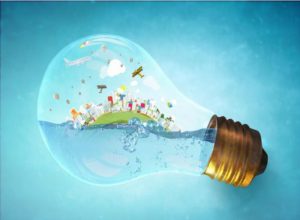