10 January 2012 – This year and in 2013, Nigeria, which is building 10 new thermal power plants, some of them being undertaken by the private sector, is expecting to see a number of these commissioned. This is intended to stabilise electricity supply to cities such as Lagos, Kano and Port Harcourt and from that base begin to feed power to the rest of the country.

The country is also deregulating the power sector, with an agency having been set up to buy power from the private companies and feed this to the national grid.

In addition, the government of Nigeria reports that the design of Mambilla hydroelectric power project, which has been in the works since the 1960s, is all but complete. Those associated with potentially financing and constructing the dam include the China Exim Bank, China Geo-engineering Corporation, and China Gezhouba Group Corporation. This power station could generate 2,600 MW should it be built. The Nigerian government is also investigating the generation of power from 17 of the existing dams in the country. That would require the installation of turbines and electricity reticulation infrastructure. 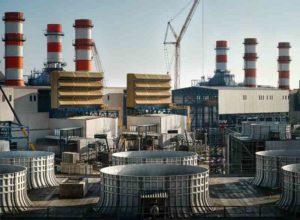