Generation at record low per capita

Dickerman was speaking during the keynote of the 2015 West African Power Industry Convention (WAPIC) in Lagos.

In his speech, Dickerman said that Nigeria’s power sector still has a long way to go in order to achieve extensive growth, as the majority of the population still is without access to power.

Dickerman said that as a result, distribution companies were finding it hard to distribute power to consumers, and generate enough revenue to operate effectively.

Customers not paying for power rates

According to Dickerman, between 40% and 60% of energy is not being paid for.

‘’The Nigerian Electricity Supply Industry has been in a state of almost constant change and financial crisis since privatisation. One cause of this challenge is a timing mismatch between privatisation expectations and realities.

“The rules of [the] Transition Electricity Market, as declared by the Nigerian Electricity Regulatory Commission require DisCos to remit 100% of their energy and capacity payment upstream, but the industry has not yet solved the puzzle of how to collect anywhere close to 100% of the energy billed to consumers,’’ he stated. 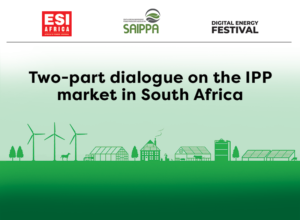