Abuja, Nigeria — ESI-AFRICA.COM — 02 November 2011 – Nigerian minister of power Barth Nnaji has disclosed his government’s readiness to partner with Canadian construction giants in the Mambilla and Gurara hydro electric power projects which are expected to produce a combined output of 3,300MW of electricity.

Nnaji revealed this while receiving the Canadian high commissioner to Nigeria Chris Cooter and his deputy Jean Gauthier in his office  here.

The minister told the visiting Canadian envoys that reforms in the power sector had institutional and legislative backing and as a result, their implementation had been procedurally systematic to avoid loopholes that had ruined past efforts in the sector.

Nnaji stressed that the federal administration of Nigeria would encourage the state governments at regional level and said that because of the sensitive nature of the sector, the federal government would discourage mutation of state run power stations that could possibly be mismanaged in future and take Nigeria back to the abyss again.

The minister added that the federal government recognised that corruption in the power sector had been a serious impediment to the efficiency and effectiveness of the sector, assuring that government was not taking the matter lightly.

Earlier, the Canadian High Commissioner had expressed his country’s interest in the unfolding development in Nigeria’s electricity market, while seeking specific areas of participation in Nigeria’s power plan.

Cooter revealed that Canadian companies would be visiting Nigeria soon to join other multinational corporations in bidding for certain areas of the Nigerian electricity sector, especially hydro, where he noted that Canada has the highest comparative advantage in the world. 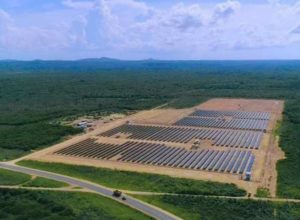