Omodele Doherty, AGM—Business Development of the LFZ said: “The future of the Lekki Trade Zone is essential to Nigeria’s growth as West Africa’s economic driver.

“We cannot accomplish our expansion goals without a reliable source of continuous power, which is why we turned to GE’s Waukesha technology as a solution.”

Headquartered in Cincinnati Ohio GE Power & Water’s Distributed Power business, a provider of power equipment, engines and services made the announcement on Wednesday adding that this project is “the largest of its kind in sub-Saharan Africa”.

The commissioning of the first phase includes three Waukesha 275GL+ and one VHP 7104GSI gas Enginators.

GE claims that the “engines’ wide fuel flexibility and ability to run on compressed natural gas and propane provides operators with a cost-effective alternative to other fuels as well the ability to meet the zone’s strict environmental guidelines regarding exhaust emissions.”

About the Lekki Free Zone

The Lekki Free Zone is a joint venture between the Lagos State Government and the Chinese consortium CCECC-Beyond International Investment & Development Co.

According to a statement released by GE, phase one of the project’s “electrical power needs and requirements at full occupancy is envisaged to expand to an estimated 540MW gross capacity, as the LFZ quickly develops into one of the largest free-trade commercial, logistics and manufacturing hubs in West Africa.

“Development in the LFZ is supported by investment incentives from the Lagos State government and further growth is expected as the area becomes an increasingly important global distribution centre.” 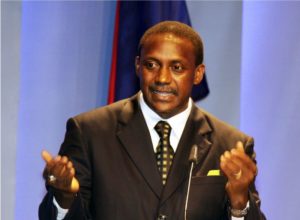 Dr Yumkella joins IEA as an advisor on Africa