At the start of the new year, Nigeria’s Minister of Power, Hon. Lanre Babalola is committed to the idea that his ministry has delivered on the promise of providing 6 000MW of electricity by the end of 2009.  This, however, conflicts with a speech given by the country’s Vice President, Goodluck Jonathan who spoke about the "government’s less than expected performance in the area of improved electricity."

According to sector officials, power supply is currently fluctuating between 3600 and 3700MW, a far cry from the 6,000mw by 2009 target set by President Umaru Musa Yar’Adua on assumption of office.

The Government, in line with this said that it has no regret whatsoever over the N182 million proposed in the 2010 budget for the purchase and maintenance of generators in the Presidential Villa otherwise known as Aso Rock.

As a result of the challenges and delays, there is also the expected reshuffling of officials.

One factor at the heart of the electricity supply issue is gas supply.  The Ministry of Power has now partnered with the Ministry of Petroleum Resources, the Nigeria National Petroleum Corporation (NNPC) and the IOCs to get gas to power the plants. 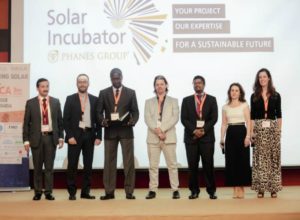