While South Africa grapples with constrained power supply and regular load shedding, Craig Pace, director at international heavy lift, abnormal transport and installations specialist Vanguard, shares his opinion of how a quiet revolution in renewable energy is taking place, often in remote and unnoticed parts of the country.

This revolution has already brought substantial benefits saving the economy billions of rands in diesel and coal that Eskom would have burnt to keep the lights on, said Pace. “A recent report from the Council for Scientific and Industrial Research (CSIR) shows that the 1,600MW of renewable energy installed by December 2014 has saved the country over ZAR5 billion.”

Pace said that 32 renewable energy projects have already been completed and connected to the grid with government planning to more than double this figure by reaching 3,625MW by 2030.

“What is really encouraging about these developments is that they are producing electricity at a very competitive cost – so that the net financial benefits of renewables will remain positive even in future when the national grid is less constrained.”

The Integrated Energy Research Centre at CSIR reported that the cost per kilowatt/hour (kWh) of renewable energy for new projects is now well below ZAR1 for solar photovoltaic (PV) production and between ZAR0.60 – ZAR0.80 for wind projects.

Pace continued: “Another 77 bids were received in the fourth REIPPPP window last year, indicating the enthusiasm and investment appetite of many foreign companies.”

The private investment associated with the projects procured to date amounts to ZAR140 billion.

The Johannesburg-based company has been integrally involved with a number of wind farms around South Africa in recent years, according to Pace. 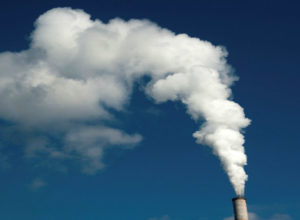