Washington DC, United States — ESI-AFRICA-COM — 13 December 2010 – The burning of biomass generates more electricity in the United States than wind, solar and geothermal energy combined, but a new regulation scheduled for implementation by the U.S. Environmental Protection Agency (EPA) 2 January 2011 may discourage new biomass projects, including those proposing to convert from coal to biomass.

Although the environmental neutrality of burning biomass as a fuel has long been acknowledged by the EPA, biomass will be treated the same as fossil fuels when new greenhouse gas permitting regulations come into play in the New Year.

The new regulation provides extra incentive to American biomass fuel companies planning to export biomass pellets to the United Kingdom and other European countries, where biomass-fueled power production is encouraged by governments.

Energy Boom reports that high-priced coal is driving the UK to double its electricity generation from biomass in the next two years. According to a spokesperson for the owner of Western Europe’s largest coal-fired power plant, switching from coal to biomass is a win for everyone: “It will remove coal from the energy mix and replace it with significant, reliable, cost-effective and dispatchable renewable power.”

Data from the U.S. Energy Information Agency (EIA) shows that biomass waste, wood-derived fuels and corn ethanol combined are the largest renewable fuel segment in America, with conventional hydro-electric power in second place. If corn ethanol is excluded, conventional hydro is the largest renewable power sector. However, biomass waste and wood derivatives produce almost three times as much power as do solar and wind combined.

The EPA agrees with the EIA that biomass is a renewable fuel with no impact on the environment: “Although the burning of biomass also produces carbon dioxide “’ the primary greenhouse gas “’ it is considered to be part of the natural carbon cycle of the earth. The plants take up carbon dioxide from the air while they are growing and then return it to the air when they are burned, thereby causing no net increase.” 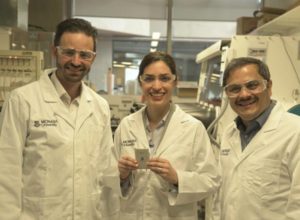