9 April 2009 – The Government of Sierra Leone has announced Prof Ogunlade Robert Davidson as the new minister of Energy and Water Resources for the  West African country.

In the handover of the Energy and Water Resources portfolio by outgoing minister, Haja Afsatu Kabba, Minister Davidson noted that there was no room for failure, as he was poised to deliver and win on the performance contract he signed with President Koroma.   He further appealed for team work in order to score the desired impact.

As part of his commitment to achieving the goals outlined by the President, minister Davidson will be joining his peers and fellow minister’s at this year’s prestigious Power Indaba conference in Cape Town.  Power Indaba is an annual unique, executive two day meeting forum for ministerial delegations, high level power executives, policymakers and international financiers, which will be held on 19 – 21 May 2009.

It is the only event of its kind on the African continent and focuses specifically on investment in the African Power industry, and is the continent’s best resource for up-to-date information on financing and new business within the sector.

Power Indaba 2009 will consist of four case study presentations and interactive panel discussions. Sessions are regionally focussed on SADC; West and North Africa; East and Central Africa, with the objective being to provide you with access to African decision makers and investment opportunities. The discussion panels for the regional discussions will be made up of ministers and CEOs from a variety of ministries and utilities across Africa.

The penultimate conference session will focus on Accessing investment, where the focus will be from the perspective of the investor, and discussions will centre around aspects such as risk management and innovative solutions to investment challenges.

The event will take place on 20 and 21 May 2009 at the Cape Town International Convention Centre, with a pre-conference workshop taking place on 19th May.

More information about Power Indaba can be found online at www.powerindaba.com or contact the conference producer, Claire Volkwyn at
claire.volkwyn@spintelligent.com or +27 21 700 3559. 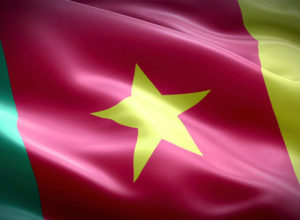