London, England — ESI-AFRICA.COM — 21 June 2011 – A trend towards larger capacity turbines with longer blades and larger rotor diameters has been long established with a range of rotor diameters, but now a new global generation of still larger machines has been unveiled.

Among those companies unveiling new models, REpower Systems AG introduced its 3.2M114. Optimised for low-wind locations, the 3.2 MW turbine has a 143m hub height and a 114m rotor.

REpower majority-owner Suzlon, meanwhile, has also launched a low-wind version of an existing platform recently with its new S9X suite of machines.

An evolution of Suzlon’s platform, the upgrade is built around doubly fed induction generator-based technology. New blade designs with rotor diameters of 95 and 97m offer power production from moderate to low wind speeds, the company says, and tower heights of 90 or 100m are available for the 2MW machine.

Similarly, Alstom has revealed an upgrade to its existing 3MW ECO 100 platform to specifically address low wind speed sites with a new IEC Class III-A turbine, the ECO 11X, with a larger rotor diameter. The exact rotor diameter, in the range of 115 to 125m, will be released in the second half of 2011, when the turbine will be offered for delivery starting in 2013.

Earlier the company had announced a new partnership with French generator manufacturer Converteam in a move that will bring the company’s direct drive permanent magnet generator to Alstom’s under-development 6MW offshore wind turbine.
GE’s announcement followed a similar move from American Superconductor Corporation (AMSC), which has signed an agreement to acquire Finland-based The Switch Engineering Oy. 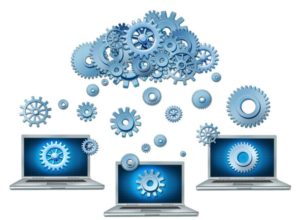