14 July 2009 – The Coega Development Corporation (CDC) which is building a port and transshipment hub on South Africa’s east coast announced yesterday that it will select in the next year a company to construct and operate a $4 billion gas-fired power plant to enhance the security of SA’s electricity supply.

The corporation finished its pre-feasibility study of the new power plant, which would produce up to 3200MW once completed.

The plant promises to add to the growing list of projects making their way to the Coega Industrial Development Zone near Port Elizabeth. It underscores the need for secured electricity supply and diversity of energy sources at a time when electricity prices are rising.

According to Khwezi Tiya, executive manager of business development at the CDC, The South African government had always explored different sources of energy besides traditional options such as coal, and gas was one of those alternative sources.

He said a preferred bidder, a private power producer, would build and operate the plant. The first 500MW would be available 18 months after the start of construction, which was due to commence by July 2012.

Meanwhile, speaking ahead of the construction of General Motors SA’s (GMSA’s) R250m pan-African parts distribution centre, Pepi Silinga, CEO of the CDC, conceded that the economic downturn posed a challenge to the export processing zone.

“We work harder to convince companies to make investment decisions,” said Silinga, noting that some potential investors, including those backing an aluminium smelter, were postponing such decisions. About 30% of the companies the CDC was talking to had indicated they wanted to go back to their drawing boards.

“Not only are we open for business, (but) our value proposition remains a compelling one even in these tough economic circumstances,” he said, adding that GMSA was the first original equipment manufacturer to invest in the industrial zone. For the 2008-09 financial year, six companies had committed a total of R3,9bn to investment in the Coega zone.

“The decision by GMSA to invest in the Coega (zone) is further proof of the value and competitive advantage the CDC and the industrial development zone can provide to investors.

“Not only do we offer fantastic infrastructure and close proximity to a world-class port, but we also ensure our investors receive all the support they need,” Silinga said.

He said PetroSA was at various stages of project development for its R100bn refinery project. The state- owned energy group would undertake an environmental impact assessment this year, he said. 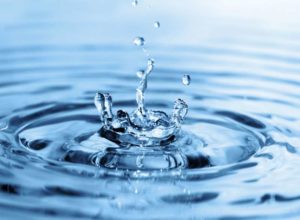 Water as catalyst for exploring the skies in search of life