Boulder, Colorado — ESI-AFRICA.COM — 02 November 2010 – Algae has been getting a lot of attention lately as the United States continues to seek ways to wean itself effectively off its dependence on foreign oil.

According to an announcement here from Pike Research, algae yields anything from 2 to 20 times more oil per acre than leading oilseed crops, and it doesn’t interfere with the food supply, making algae a good target for research and development.

The new Pike Research report predicts that algae bio-fuels production will grow rapidly over the next decade, reaching 61 million gallons per year, and a market value of US$1.3 billion (R8.8 billion) by 2020.

While barely a drop in the bucket for bio-fuels, this represents a compound annual growth rate of 72%, which is roughly on par with early development in the biodiesel industry.

The report points out that many hurdles remain, like the fact that algae has not yet produced any oil for commercial production, and it has very high production costs.

“Although the algae-based bio-fuels market will grow rapidly once key cost hurdles are overcome, widespread scale-up will be hampered by a number of difficult challenges, including access to nutrients, water, and private capital,” said Pike Research president Clint Wheelock.He added that with the cost of production still a key obstacle to widespread production, many companies were refocusing production efforts on low-volume, high-value co-products to develop revenue streams over the next decade.

Pike Research anticipates that “’ with 50% of all algae activity “’ the United States could ramp up production the soonest among world markets, with pilot and demonstration-scale facilities breaking ground across the country.

The report reveals that the European Union (EU) market, which has about 30% of algae activity, will be limited initially by the industry’s focus on university research, and later by insufficient access to water, land, and nutrient sources. Latin America and Asia Pacific, which are home to fewer projects in operation today, are set to gain significant market share in the long run. 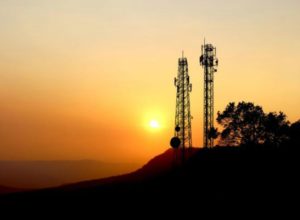