18 September 2012 – The search for new coal markets has become a matter of urgency for producers across the globe. New data from the IntierraRMG coal database reveals that uncompetitive prices in the United States relative to gas are leaving domestic coal producers struggling to offset the cost of production. While miners with producing assets close to the US west coast can redirect exports to satisfy Asian demand, those unable to export through the Pacific region are left to reduce output, or leave their mines idling indefinitely.

India has seen its coal import demands increase annually due to inefficient domestic production. Relative to Japan and South Korea, the sub-continental superpower is a latecomer to strategic overseas asset acquisition. However, Indian conglomerates are increasingly venturing abroad in search of supply assets; the latest example being Jindal Steel’s acquisition of Canadian CIC Energy, which has projects in Botswana.

Susanne Gylesjö, research and analysis manager for IntierraRMG, cites Mongolia and Mozambique as examples where the IntierraRMG coal database reveals the interplay and intrinsic tension across diverse geographies. In the long term, both countries will be able to offset their respective production. Mongolian coking coal has a grade and price advantage in the Chinese market compared to Australian coking coal, and Mozambique’s strategic location gives it an advantage in relation to fulfilling future Indian and Chinese demand. 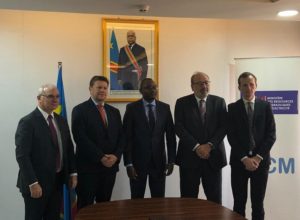