Last week, NERSA held a two day public hearing in Johannesburg, where members of the public were invited to express their views and opinions on the power utility’s selective reopener.

“Half of Eskom’s generation fleet is beyond mid-life and requires extensive maintenance.

According to Govender, the utility doesn’t have the ability to avoid all the outages due to insufficient funding and capacity constraints.

Speaking at the hearing last week acting Eskom CE Brian Molefe said: “We can point fingers and say who did what when, but, the fact of the matter is that we are now finding ourselves in a situation where we have to do maintenance and as a consequence of maintenance, we have to do load shedding because we have to shut off some generation capacity.”

NERSA chairman Jacob Modise said: “Eskom should submit an application for the adjustment in the allowed revenue in accordance with the MYPD methodology.”

He added: “The energy regulator did not consider the environmental levy increase as it was not gazetted.”

According to NERSA, Eskom withdrew its environmental levy application during the public hearings last week.

Modise continued: “The application did not provide the mechanism, on how the proposed increase, if granted, can be implemented in the current financial year in a manner that is consistent with the requirements of the Municipal Finance Management Act (MFMA) number 56 of 2003.” 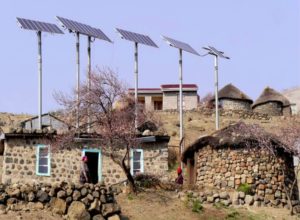